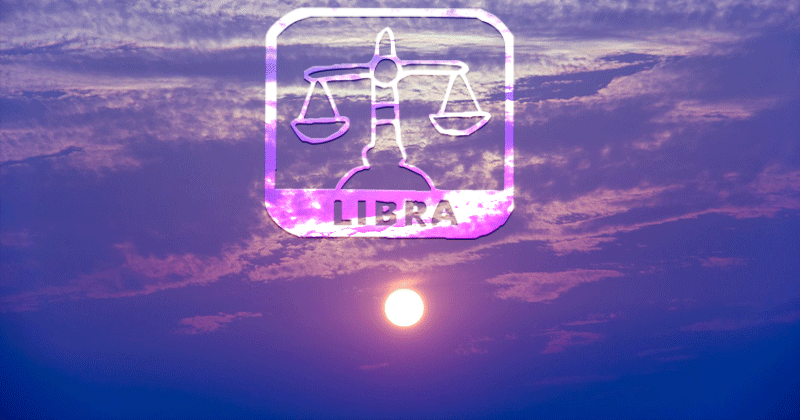 We have now moved into the seventh sign of Zodiacs that’s Libra. Libra is represented by the symbol of the scales of justice, and the ruling planet is Venus. Since it was the symbol of balancing scales that represents Libra, these individuals are balancers up to some extent.

People born with this sign are kind, intelligent, smart and always willing to put others before themselves. Since the symbol of Libra is the scales of Justice, these individuals seek balance in almost all aspect of their lives. The ruling planet of Libra is Venus which is the planet of beauty and luxury; people born with Libra sign adores a life that looks good.

People born with this sign are known for their calm and composed nature and they are kind, gentle, peace-oriented and lovers of beauty up to some extent. Their sense of justice is pretty good and they can win anyone’s heart with their charming nature.

Since it was the symbol of scale that represents Libra, Librans usually have a powerful sense of what’s right and what’s wrong. These people don’t like to see their loved ones mistreated and they always seek peace around them. When it comes to justice, Librans are the one who listens to what everybody has to say and takes a decision that works for everyone.

Librans have these balancing nature always on their head be it on the workplace or at home, these natives are blessed to see the complexity of every issue and they can see both sides of every discussion and everybody’s emotion. So, they have these things continually running on their mind trying to balance it out in such a way that makes everyone happy.

These are also one of the charming, generous and helpful person to have around and they like to share their knowledge and possessions with those around them. They are also very sociable, and they are their people-pleasing nature often wins them lots of friends.

Another great thing about Libra Personalities is their ability to convince others. They can easily convince others to do some work or to follow their concept. People born with this sign are also pretty good at building a relationship and making others feel comfortable and for the return, they just want to be admired.

People born with Leo Zodiac also wants to be appreciated & admired, but they are more of an authoritative side. However, in the case of Libra, these natives want to be respected and appreciated just to feel pleasant.

Though not known for having a high fighting spirit, it was the ability to make a compromise that helps Librans to survive the worst scenarios. Since they value harmony and peace throughout life, they are most like to adjust themselves by picking up the best thing from the worst situation rather than fighting for survival.

It won’t be wrong to say that you will never find a better partner, lover, or friend than a Libra. To keep their loved one happy, they can do things which other zodiacs can’t. All that matter for Libras is the greater good of those around them and it’s quite easy for them to be self-sacrificing.

Natives born with this sign tends to get attracted to the opposite sex quite often. However, before making a life-long commitment, they were engaged in lots of relationships. Once they find they love, they remain loyal to the core

Their balancing nature always looks to balance out the needs of people around them and they sometimes sacrifice their own needs for the happiness of others. When it comes to the inner and outer beauty, Libras are beautiful and the most charming people to have around.

When it comes to the Romance, Libra is one of the most romantic sign and they take love very seriously. Their balancing and caring nature are often clearly seen in the relationships as well because they respect the other person’s point of view.

Librans can be very indecisive from time to time. This is because of their balancing nature which makes them listen to people’s opinions rather than investigating the facts by themselves. They often need support from someone else because they usually lack self-confidence.

Their cooperative and diplomatic nature makes Librans a great person to work with and they are quite popular among their colleagues. However, just like their nature, they seek peace and harmony in the workplace too. Since they seek balance in every aspect of life, Librans believes in fair-play and they never tolerate injustice to themselves or others around them.

Natives born with this sign were blessed with a gift of bringing people together and Librans performs well where there’s an urge to partner up. They usually go through hard times while making decisions, thereby, selecting a suitable career is really a big deal for Libra Borns.

People born with this sign usually don’t seek out leadership positions, instead, they perform better as team members. They are always known for elegance and diplomacy in the workplace. However, they are often better at starting than finishing.

Out of all negative traits, the tendency to manipulate is one of the worst one. These natives have the reputation of being manipulative because it’s easy for Libra to get along with other people. So, they often use their charm to get what they want from other people.

Sometimes, Libra borns easily get influenced by the opinion of other people and they keep changing their minds. It can be hard to trust the words of Libras because there’s no surety of whether they will keep their promise or not.

Though the Balance represents the sign of Libra, Libra borns remain confused in their minds and taking a decision is the most challenging thing for them. When left with a choice, they are unable to figure out what’s best for them, and this thing creates lots of hurdles in their path.

Since the seek for Peace and harmony, they have a sharp dislike of conflict. Sometimes, they just ignore such situations where the argument is much needed for the benefit. Another thing is that they hid negative feelings within themselves which leads to frustration.

The ruling planet of Libra is Venus which is the planet of Beauty and Luxury. So, Libras also have a strong desire for material comforts. Sometimes, they waste lots of money on unnecessary luxuries.