Planet Mars In Astrology – Importance of Mars in the Birth Chart 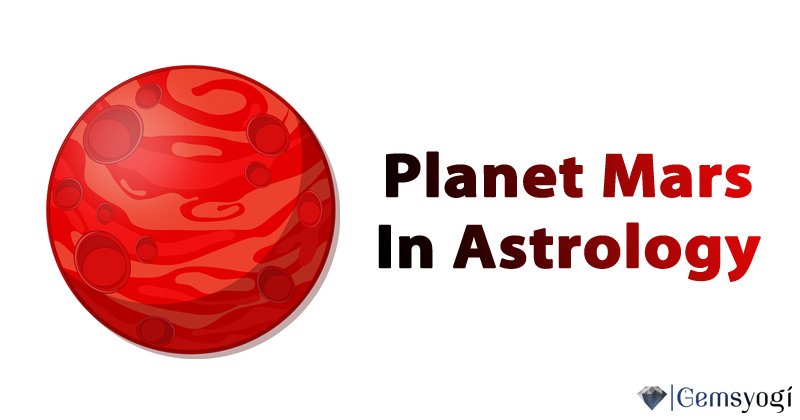 In our previous posts, we discussed the importance of Planet Sun & Moon in Astrology. Today, we will be talking about the Planet Mars and what’s its role in Astrology. Mars is the aggressive planet in Astrology, and it’s ruled by Fire.

Since Mars looks red when seen from Earth, it’s also recognized as the Red Planet. According to the Vedic Astrology, Mars is the commander of the celestial army, so, actions & raw energies are naturally associated with Planet Mars.

Mars is a hot, red, and fast planet, and it represents the energy, passion, drive, and determination of yours. Since Mars is a fiery planet, its also associated with anger and combat. It looks like that the phrase ‘actions speak louder than words’ was derived by keeping Mars energy in Mind.

We get that much-needed spirit and ambition to start something from scratch and make it into something big from the Planet Mars. It was the energies of Mars that helps us to raise the warrior inside us to take action and win the situation.

It represents all active Male forms of Energies

Mars in astrology represents all active male forms of energy like winning the situation, taking actions, straightforwardness, making bold moves, fighting for the right, sexual energy, etc. Unlike Sun, which represents the creative energy, Mars represents the raw energy inside us, the passion and the drive to succeed are all derived from the planet Marsh.

It was the Mars energy that gets us out of bed in the morning, and it was the Mars energy that forces us to succeed. A well placed and strong mars in a birth chart indicates that the person will be courageous, enterprising, sincere, straightforward, bold, ambitious, dominant. In contrast, negatively placed mars make a person rash, impatient, impulsive, aggressive, and forceful.

Since mars control all active forms of male energy like physical strength, courage, etc. it also represents adventure and sports since anyone who is not fearful will be interested in utilizing their energy in the field of sports.

A person with strong and well placed Mars is considered very good in professional fields, especially in the business. Strong Mars can make a person a good journalist, sportsperson, entrepreneur. Since Mars is all about action and passion, it helps a business person to convert ideas into action without wasting any time.

The transit time of Mars in each zodiac sign is 45 days, and it rules Tuesday. The color associated with Mars is Red, and the gemstone is Red Coral. The friendly planet of Mars is Jupiter, Moon, Sun, and the enemy planet is Saturn. Mars is neutral towards Venus and Mercury. The own sign of Mars is Aries & Scorpio, and it’s exalted in Capricorn. For more details, check the chart given below.