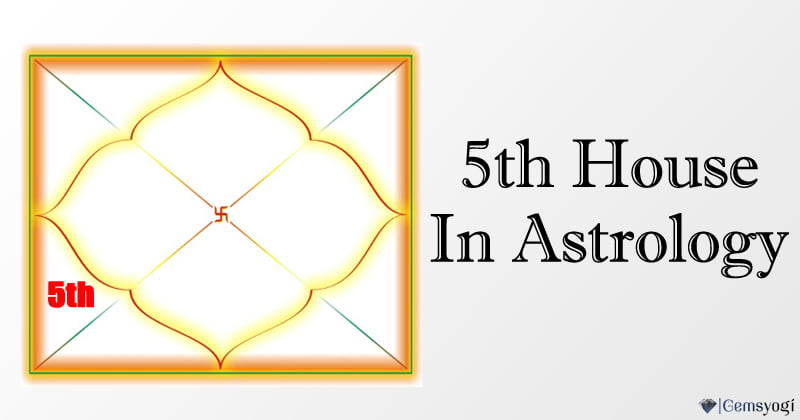 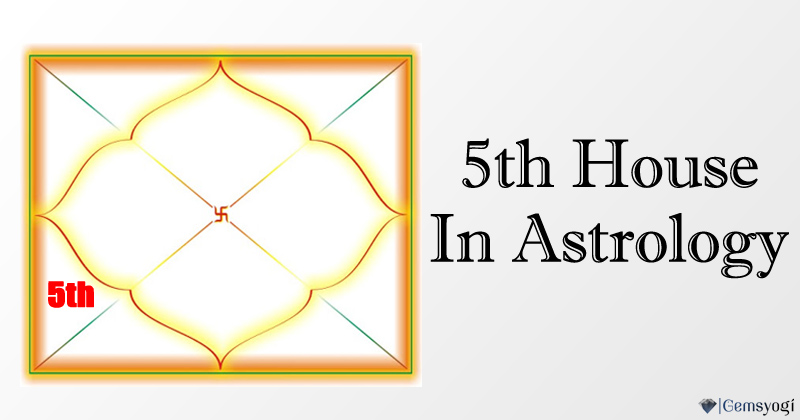 The 5th house in Astrology

Since Fifth house represents all sorts of intelligence like what type of things you know, how much knowledgable you are, how you can process certain information, it also signifies educations. Please note that the fourth house education refers to the types of Buildings (Lands) where you will go and learn, but the fifth house represents the type of education that you will receive.

Since the fifth house in Vedic astrology signifies mental intelligence, it also represents your ability to create & innovate. If you have a friend who is very creative and can bring up novel ideas and unique concepts any time, then check out his fifth house, it might be pretty strong. So, the fifth house also relates to one’s creativity, and it signifies all forms of creative expressions like arts, writing, acting, cinemas, etc.

The 5th house in astrology also deals with all sorts of things that revolve around your emotional satisfaction. It displays things that give you a sense of fulfillment in life, like the games you play, hobbies that you have, means of entertainment, romantic affairs, etc.

In Vedic astrology, the 5th house also signifies things related to luck and fortune like an investment in the stock market, risky investments, speculation, gambling, lotteries, casinos, etc. It represents all things involving the risk of money, and this is why sudden gains (monetary) were also seen from this house. This house is also related to pride, and it rules all sorts of celebrations.

The body parts that were ruled by the fifth house were stomach, upper & middle back, pancreas, and spine. So, the badly influenced or weak fifth house indicates diseases in these areas. Malefics on this house creates bad habits and addictions related to luck games like gambling, lotteries, casino, etc.

So, to sum up, the fifth house is all about Love, Pleasures, Entertainment, Children’s, Hidden Gains, Gambling, Investment, etc. It represents all sorts of creative pursuits, adventures, sports, romance, cinema, etc. The transits of planets in this house will finalize the overall output. So, one needs to analyze the entire birth chart to make a prediction. So, that’s all about the 5th house in astrology, we will discuss the 6th house in the next article.

Planet Moon In Astrology – Role Of Moon in the Birth Chart

The Second House In Vedic Astrology – Your Value & Wealth

The First House (Ascendant) In Vedic Astrology – Your Identity